New artists, New tracks, New video clips, Interviews, and more...
Do you want airplay for your music ? Would you like to be showcased here ?
email me and send me your music ! 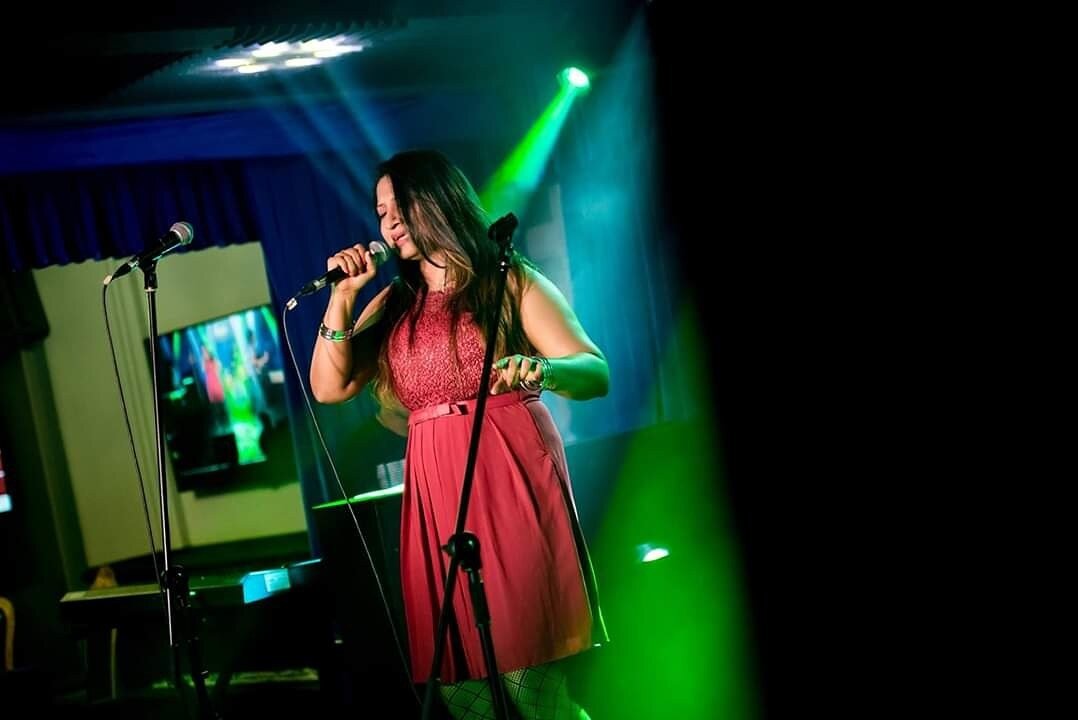 Sherise is a dynamic vocalist and songwriter with work on a variety genres. She has performed with internationally acknowledged artists and her work can be heard not only in her native India, but in stations on all continents.

Meet the artist...
Canadian Trio’s Debut 13-Track LP, Life of a Woman
Click on image to view/listen to track!

But I Knew Her When - Women In Song

All-Female Singer/Songwriter Trio Women in Song Reflect on Losing Loved Ones to Alzheimer’s in Ethereal New Single, “But I Knew Her When”

Meet the artist...
New Single - Who Will I Be Today - Farris & Walsh
Click on image to view/listen to track!

Who Will I Be Today(Lyric Video) - Farris & Walsh

Meet the artist...
Canadian Alt-Rockers Let’s Be Giants Say “I Don’t Mind” in New Single
Click on image to view/listen to track!

I Don't Mind - Let's Be Giants

There’s a ‘beauty in tragedy’ and ‘dreaminess to heartache’ that Canadian multi-instrumentalist Esther Spiegelman — and group Let’s Be Giants — weave into their encapsulating new single, “I Don’t Mind”
Landing ahead of the Montreal-based band’s forthcoming album, Fade In / Fade Out, the song features simple lyrics with a profound message; Spiegelman both implores you to listen, and also hear what she’s feeling, what she’s wishing, and what she's needing.

A melodic heavy metal project by Jani Pöysä. Look for their new work in all major music media.
Meet the artist...
New songs from Hugo Rey "Про животных"
Click on image to view/listen to track!

I have absolutely no idea what the artist sings about, but the tune is so catchy you must listen to the end.
Meet the artist...
Songs from Isolation for Penticton, BC Singer/Songwriter Howard Lee Naylor 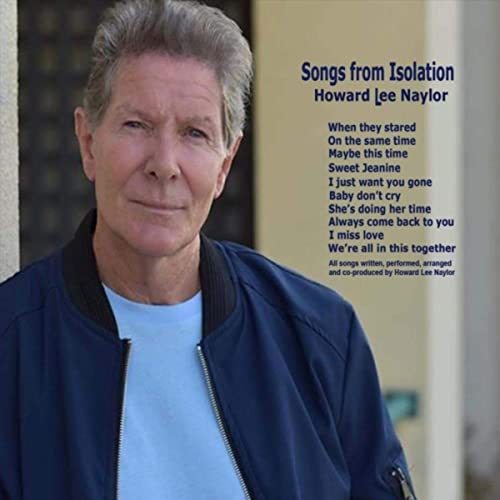 Singer and songwriter Chris Marlin, offers a mature and a real artistic identity, bringing all her creativity worldwide to share messages of hope and words of love.
Meet the artist...
New single by Israel based artist Vinyl Arch Rodeo "See the Sun"
Click on image to view/listen to track!

Independent artist based in Israel Vinyl Arch Rodeo recently released a 3rd single ‘See the Sun’, a classic-indie-90's style rock song, from the debut album Herodotus, that will be released in April.
See the Sun is a type of a stadiums’ anthem; it was written mainly as a desire for escapism and ambition to find a safe place, but it attracted a great deal of emotions. It’s got the right building up, inspiring lyrics, surrounding, and comforting harmonies, that leads up to an explosion that makes you feel that you can do anything you want if you only put your heart into it.
Meet the artist...
Emily Taylor Hudson Discovers Love Is a Dirty Word with New EP & Single That Inspired it All
Click on image to view/listen to track!

Rock/pop singer/songwriter Emily Taylor Hudson picked up all the pieces with this, her latest single — “Hearts We Wanna Break”
This stand out cut off the LA-based artist’s debut EP, Love Is a Dirty Word, yearns with a grinding sorrow cast amongst velvet vocals and driving rock n’ roll.
“‘Hearts We Wanna Break’ was written about a friendship I thought would last a lifetime, and the brutal feeling of betrayal ripping apart the good between me and someone I loved,” she shares. “This song represents the moment I realized that love is a dirty word.”
Meet the artist...
The Metal Byrds, coming up band from Texas shares thoughts...

For a while now I've been spinning tracks from The Metal Byrds, a band from Austin Texas with a strong Rock sound and several albums under their belt. I know they are now working on something new with lots of studio time. I managed to steal a little of their time for a little chat with Suzanne the lead singer.
Q: How did you first get into music?
Personally, I’ve been into music since a child. Growing up in the 80s in London England, music was everywhere. The punk and pop scenes were huge, and I remember singing along to the radio as a kid.
Q: Did someone inspire you to make music the way you do?
Yes, Sly Rye, The Metal Byrds guitar player had these great songs when I first met him. He would play some fantastic guitar riffs, and I told him, let’s turn them into something, and our sound is what we got. He is the real inspiration of the band.
Q. Is your inner world feeding your creativity?
Uh, I would say inner and outer. I take a lot of my inspiration for my creativity from things that happen in my everyday life, especially my interactions with other people I come across, at work, at home, when I’m out an about. But the majority is from how I feel and my personal thoughts. 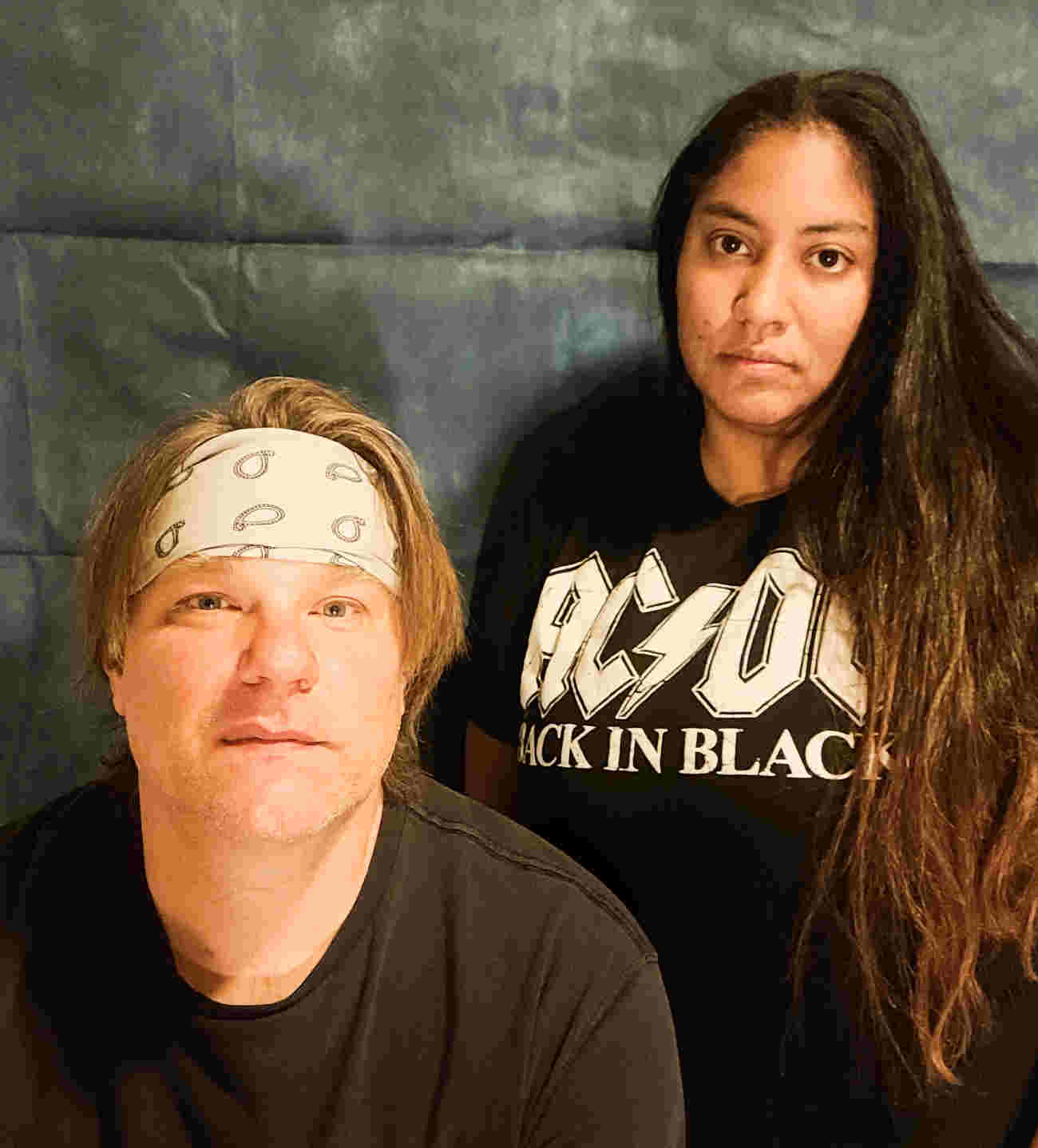 Q. What is your creative process like? Myself and Sly Rye do all the writing. It’s a collaborative effort that I could definitely not do without him. He is my muse and vise versa. We bounce ideas off each other until something sticks out, then we follow that rabbit hole until a song we feel is great emerges.

Q. How would you describe the music that you typically create?
We are 100% a ROCK band. Our style is rock with influences of heavy metal, punk, pop and grunge with a sprinkle of hair metal… lol.
Q. What is your favorite song to perform?
By far, Machine Man! It’s such a rocker, and we have a good handle on that song.
Q. Which famous musicians do you admire?
The whole band loves KISS. We are all huge KISS fans. We also love Journey, Heart, April Wine, Iron Maiden and Pat Benatar. You can hear all those influences in our music. 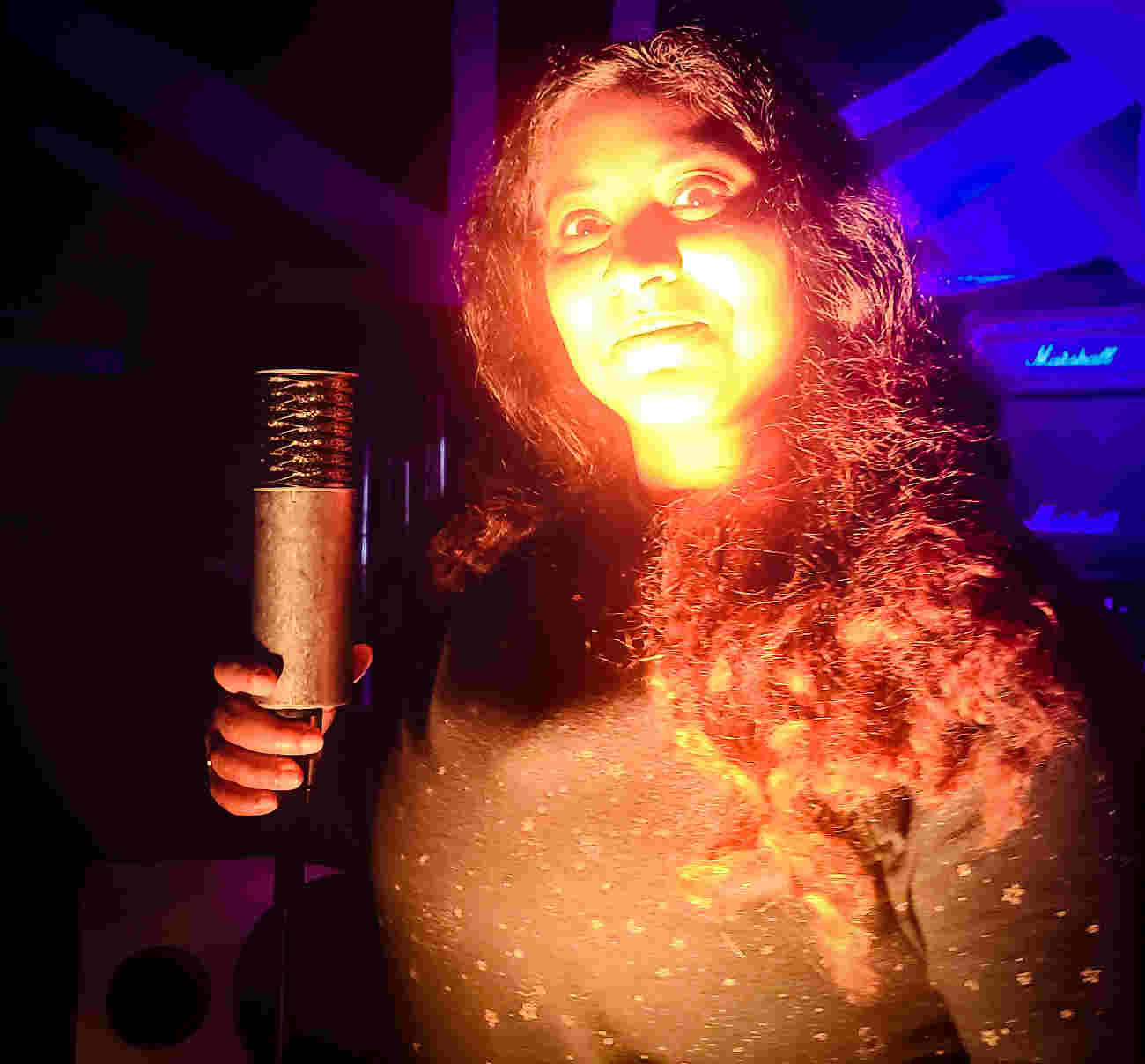 Q. Who would you most like to collaborate with? WOW, if we could, it would be a dream come true to do a collab with KISS, for sure!

Q. If you could go open a show for any artist who would it be?
KISS, again… lol.

Note: When you guys open for KISS, I expect an invite !
Q. What would you be doing right now, if it wasn’t for your music career?
I think just like anybody, we would all be working, living life, trying to survive in this rough world. We all already do that, it’s just we have music to fall back on and be an escape from our everyday problems.
Q. How does your work comment on current social or political issues?
The majority of our music doesn’t. We have made a conscious decision to not be political or controversial in any way. Our music is just music, about our personal thoughts and feelings. We, however, did write a song, the title track of our latest EP, called Life In 20. It was a recollection of all the stuff that was happening in 2020. It was a crazy year, and what better inspiration to write a song about!
Q. What’s next for you?
We are currently working on our next album, which will be our 4th release. Not sure yet if it will be another EP or a full length album, but we shall see.
Q. What is one message you would give to your fans?
We would like to say, Thank you for your support for our music and our band. We cannot and would not do this without the support of people who belive in us and the music we are making. We would also like to say to keep supporting Indie artists, because all of us are working hard, and doing everything by ourselves, and we all need support! 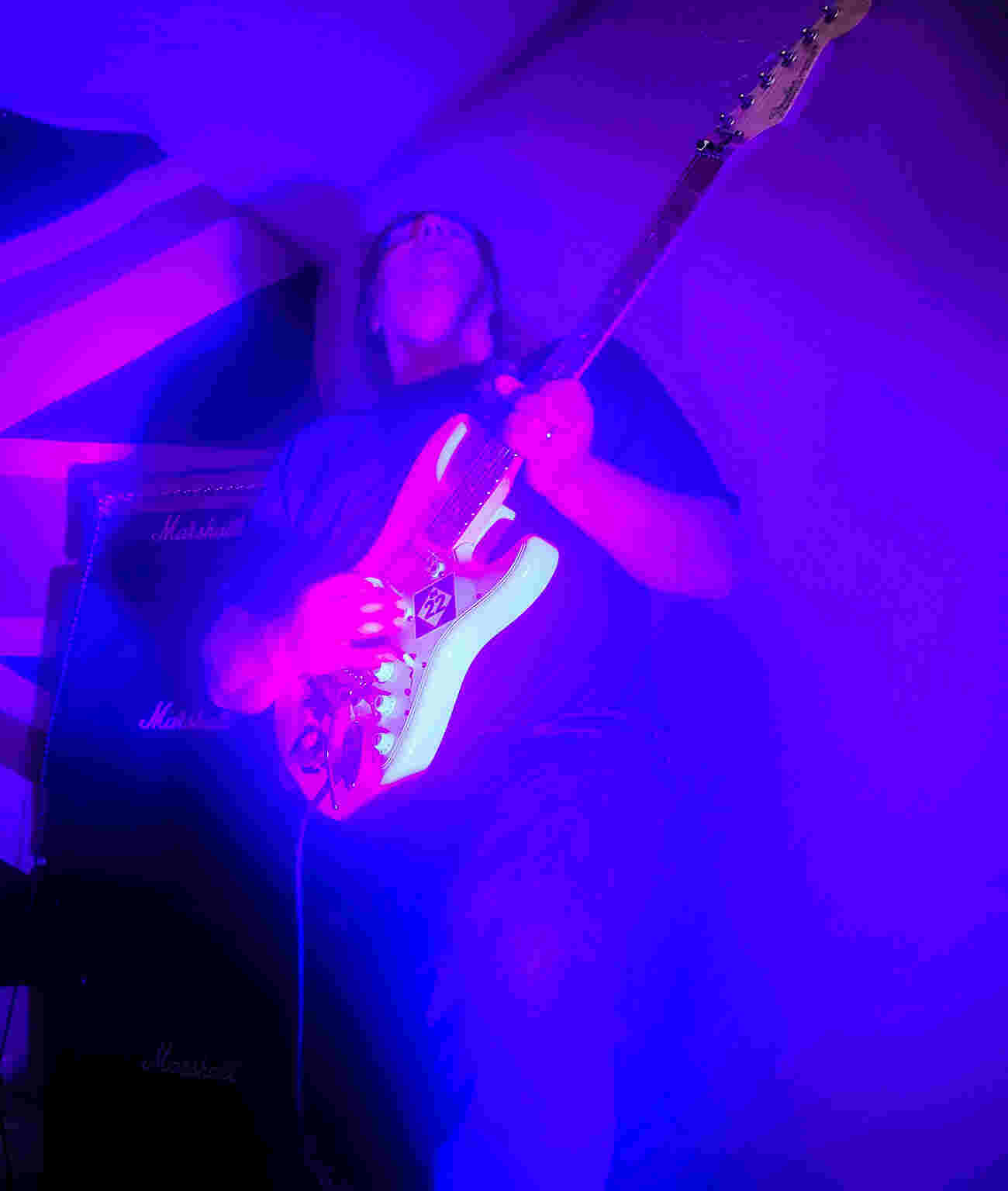 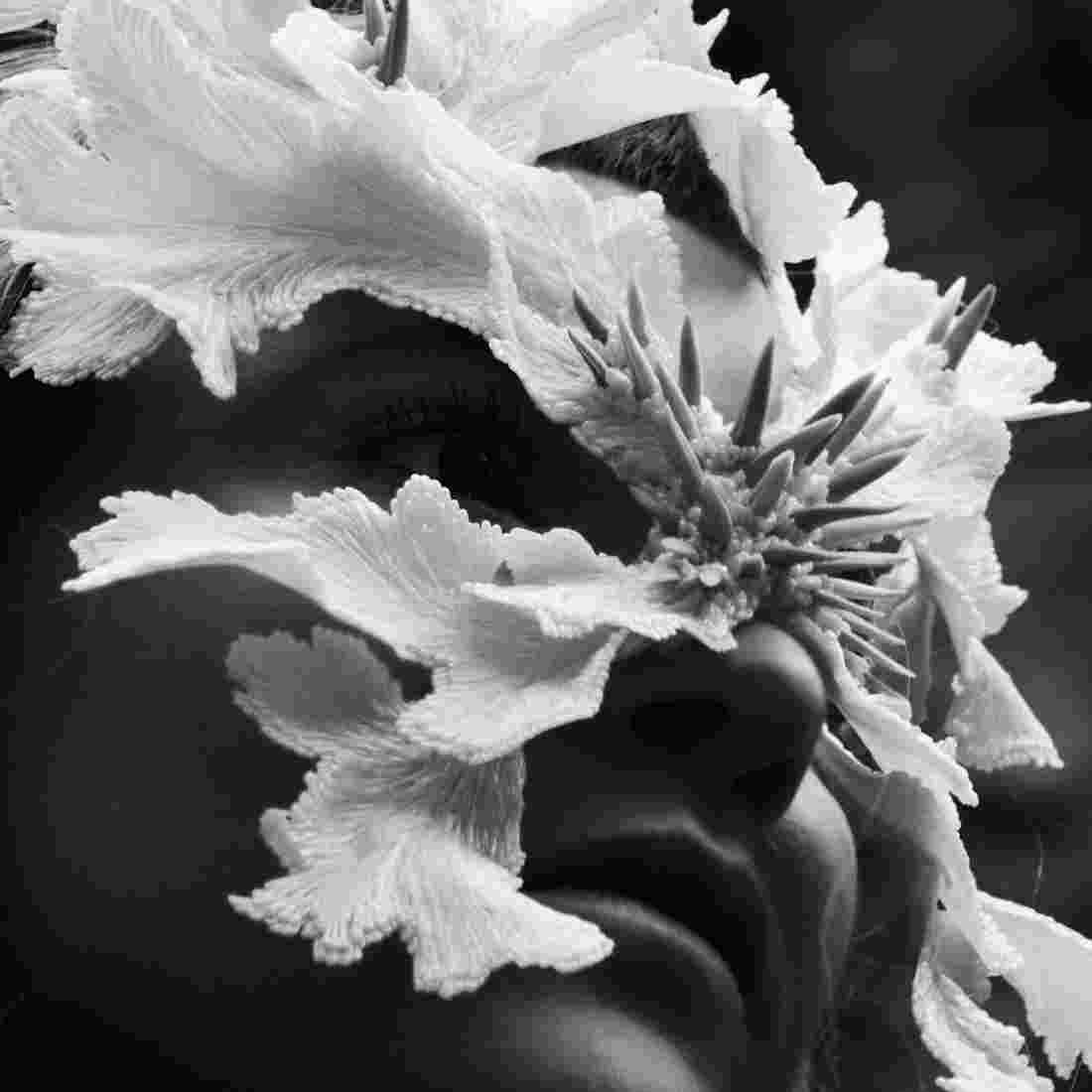 Swallowed is composed by artist and vocalist Synne Sanden and film composer Øyvind Blikstad. The EP is a collaborative effort of five songs primarily written together and produced by Øyvind Blikstad. “Skeleton”, written by Synne and remixed by Øyvind Blikstad, was the spark that ignited this fire.
Once they discovered how well they worked together, they knew they had to create more. The end result is striking, cinematic sounds with lyrics that touch you at your deepest core.
Meet the artist...
MARINA ALLEN Announces New Album 'Candlepower' 4th June. 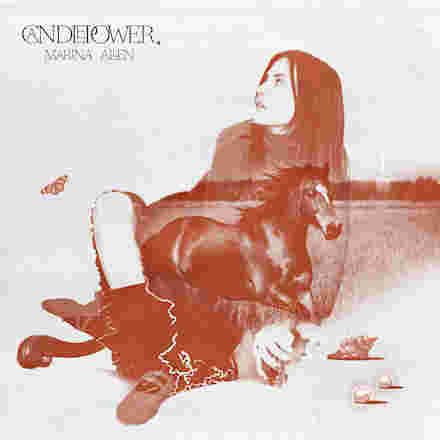 A voice for our times, part Joni, part Nyro. An achingly beautiful set of songs reminiscent of Karen Carpenter and Fiona Apple, with a side of Kate Bush
Meet the artist...
Crossbones’ Creed from Russia released debut album Troublemaker. 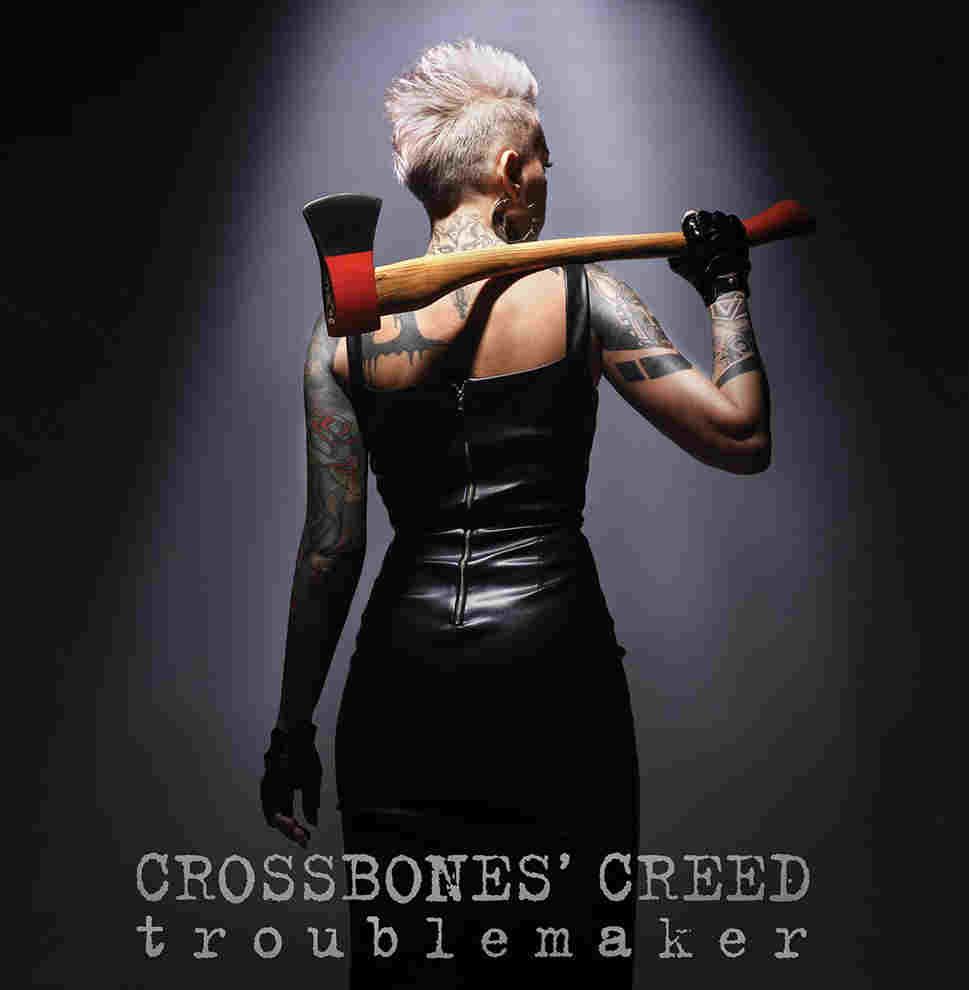 Crossbones' Creed - When the Sun Goes Down

Based in Israel Indie Butterflies Dream, released their debut single "Seven" in December of 2018, the single was followed with second release "Piece of Mind" on February 2019. Both songs received critical acclaim and described as a "now classic rock style refreshed for a new generation".
Meet the artist...
Alberta-born actor, singer, songwriter and pianist Andrea Rankin release new album.
Click on image to view/listen to track!

Andrea Rankin is a multidisciplinary artist whose striking vocal range and versatility is matched with honest songwriting and playful arrangements.
A classically-trained musician and vocalist, Andrea steers her musical ship in a new direction on ‘Tides’. With ethereal vocals and a rich canvas of keyboard and synth, she explores how our lives come to us in cycles; we think feelings will stick around forever, but they crash like waves on the shores of our lives and move back out to the sea.
Meet the artist...
Toronto Blues Rock Powerhouse MELANIE? Says “Be Careful With My Heart” in New Single. 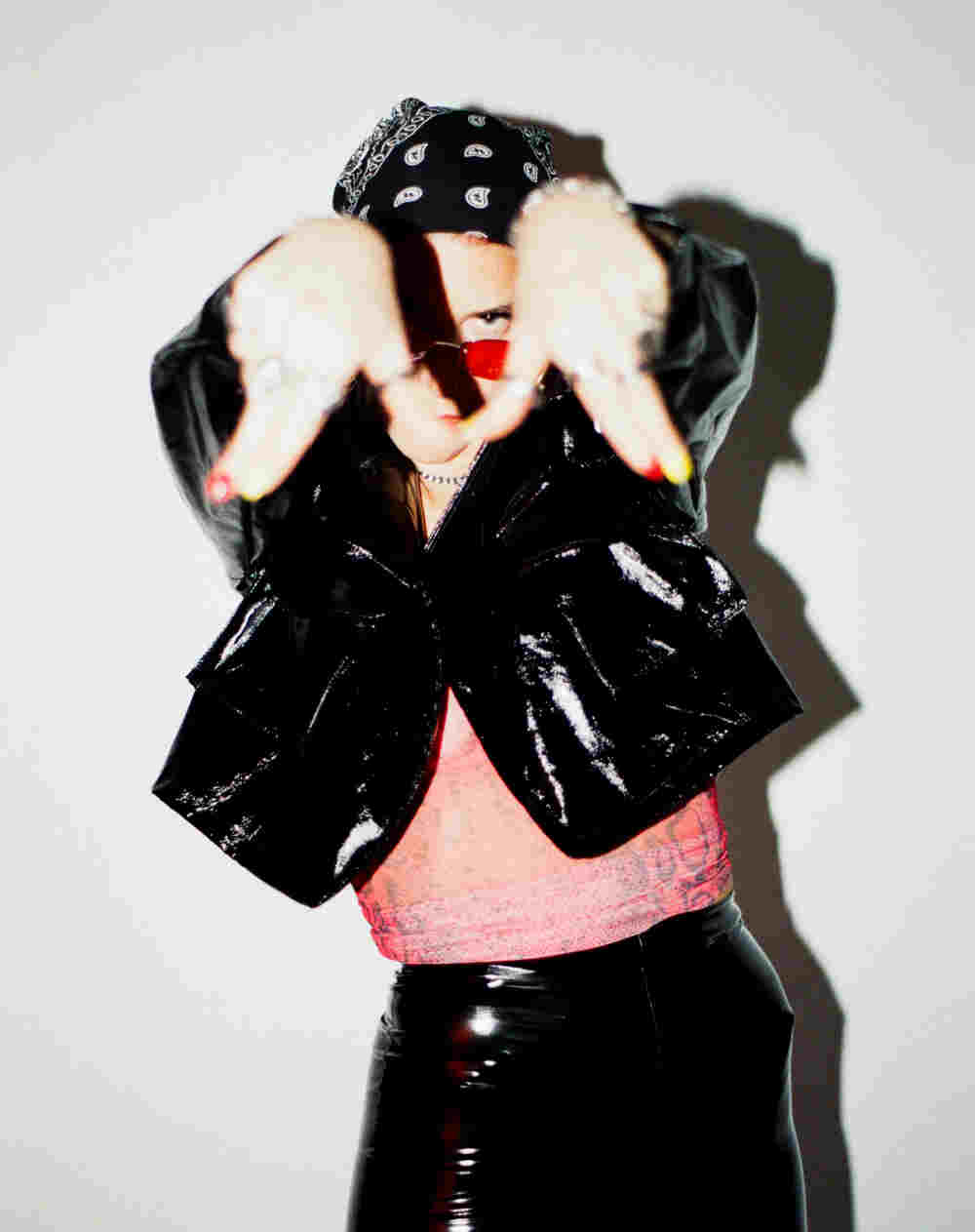 MELANIE? - Be Careful With My Heart

There’s no question about it: Canadian blues rocker Melanie? says “Be Careful With My Heart” in this, her latest single.
The new bluesy pop ballad is chocked full of emotion, tasty guitar leads and a simple, yet groovy bass line. It’s all par for the musical course for the Toronto-based artist Melanie Goldman who Clash Magazine recently described as “defiant in her outlook, staunch in her approach, and completely, utterly ruthless in her execution.”
Meet the artist...
Ariana Fig announcing the release of a single from the EP titled "Ocean" on February 19th.
Click on image to view/listen to track!

This single comes from Ariana Fig's upcoming debut EP titled "Taboo" (releasing March 19th). A throwback to the 80’s.
Ocean begins with cinematic synths filling your head while Ariana’s voice takes you to paradise.
This light-hearted sunny track is an inspiration derived from some of Ariana’s favourite track’s from the 80’s like Yaz’s “Only You” or “Don’t Ask Me Why” by Billy Joel.
Meet the artist...
Fresh new singer songwriter from Brantford Ontario 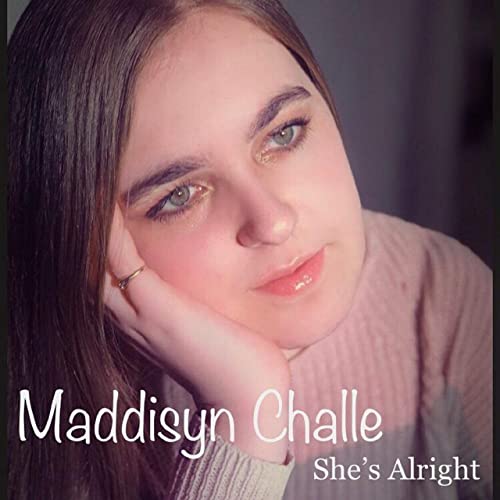 Brantford based artist, Maddisyn Challe sings from the heart. Her songs thus far include “She’s Alright” and “My Goodbye”! My Goodbye touches upon bullying, mental health and suicide awareness.
Meet the artist...
Winnipeg's Country Female Artist of the Year LEANNE PEARSON Releases "Miles Away" Video With ASL
Click on image to view/listen to track!

Multi-award winning Canadian country artist Leanne Pearson yearns for connection amidst COVID with her sweet new single “Miles Away”
“This is a song straight from my heart,” Pearson lays plainly. “I’ve never released such a personal and emotional song before.”
Meet the artist... 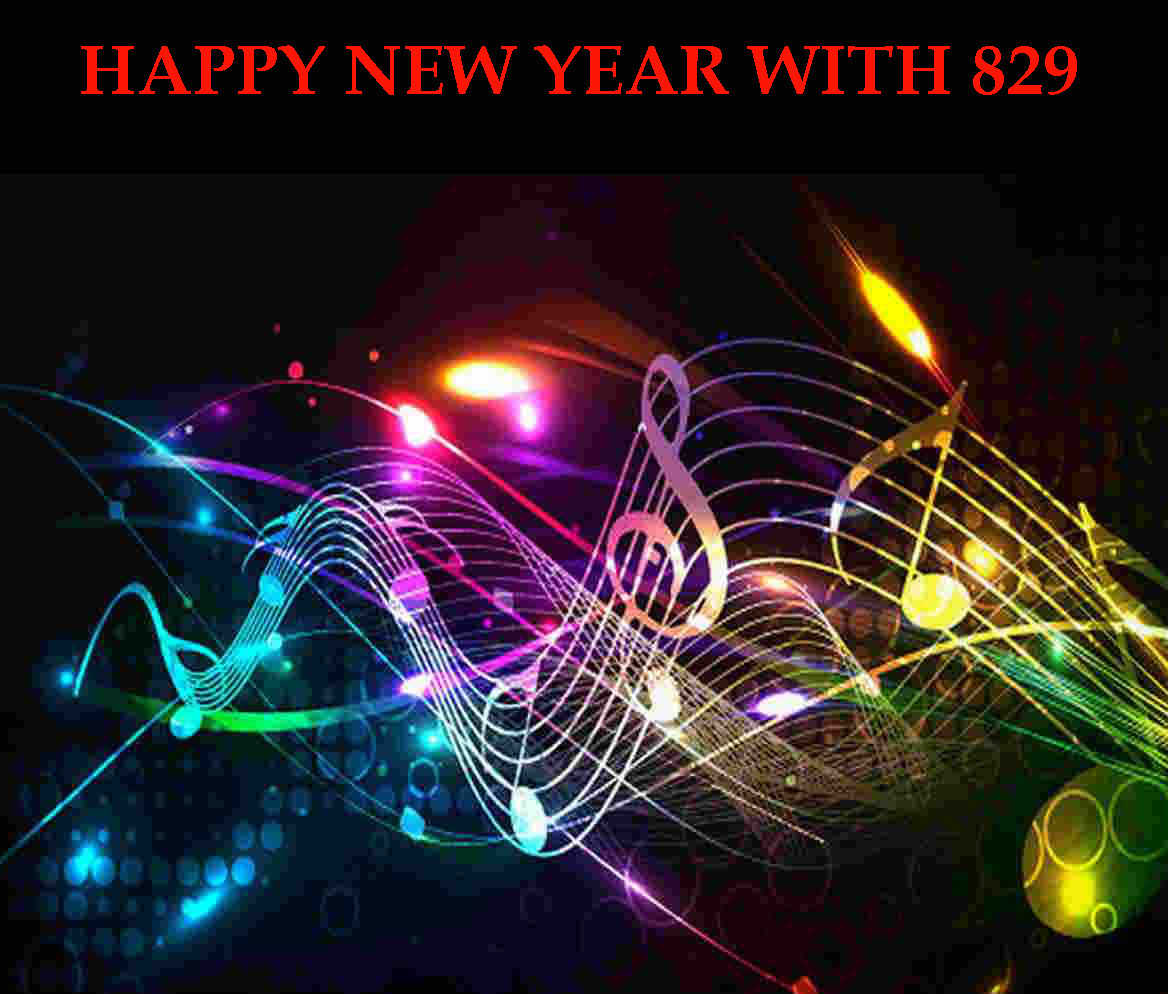 Wishing everyone a Groovy New Year, peace to the world and happiness ! 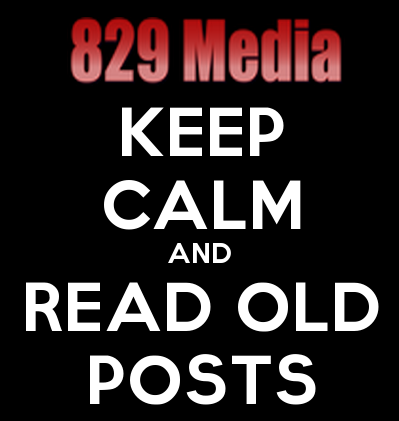 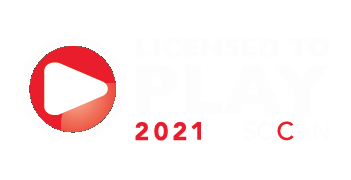